I was very sad to learn today that composer/conductor Michael Kamen passed away suddenly from an apparent heart attack. I really respected Kamen's work, as he was never afraid to merge traditional orchestra work w/modern music. If you've seen/heard any rock bands do any work with an orchestra in the past 20 years, it's most likely that Kamen was behind the orchestra. My condolences go out to his friends and family—he'll be sorely missed, but his contribution to modern music won't be forgotten.

It always amazes me what someone with a little bit of ingenuity and time on there hands will do. Dr. Trevor Blackwell, who recieved his Ph.D. in 1998 from Harvard University, decided he wanted to build his own version of the Segway because he was facinating with the Segway's self-balancing mechanism. There's a couple of neat videos on Dr. Blackwell's site that show of his version of the scooter. Pretty cool stuff.

Jenn and I are thinking of getting another Labrador puppy. We went back to the breeder yesterday as one of Maddie's older sister's, Trixie, just had a litter with the same father as Maddie. (Trixie had the same mother as Maddie, Lulu, but a different father.) We took Maddie with us and we all seemed to bond with the same female. Maddie was very gentle with her and the breeder immediately said he thought Maddie would end up "adopting" the new puppy as hers. It was very precious to see the interaction between the two. We will have probably made a decision by tonight as to what we're going to do. The puppy wouldn't be ready until around Thanksgiving.

Macromedia official released some public information on Royale this morning. The new official name is "Macromedia Flex." There's a brief online presention done in Breeze which you can view—it gives an overview of the product, how to use it and where it fits in.

They've also released a "white paper" and several other articles at the Macromedia Flex home page.

Macromedia announces today they've formally applied for membership to ECMA International. This is the organization that oversees ECMAScript (ECMA-262 and ISO/IEC 16262)—which is widely referred to as JavaScript (Microsoft JScript, Macromedia ActionScript, etc.)

Matt Liotta brought up an interesting point about CFC in CFMX. It's been discovered that the OUTPUT attribute in the <CFFUNCTION> tag, when used to declare a method in a CFC, actually operates as a "tri-state boolean" value—meaning the default value does something different than the behavior if either true or false is specified.

Here's a some sample code that illustrates the differences. This code is courtesy of Barney Boisvert from the CFCDev Mailing List:

qForms Mentioned In Some New Books...

It's recently come to my attention that some of my work is has been getting some mention in various forms of press as of late. The last issue of the ColdFusion Developer's Journal (Volume: 05 Issue: 10) has the second part of a two part article which is based upon the DTS article I posted a while back on PengoWorks.com.

Also, much to my surprise I found mention of my qForms JSAPI in a couple of books while browsing the bookstore the other day. The following books mention me: 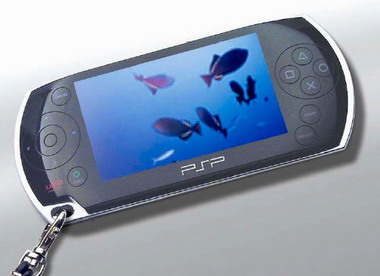 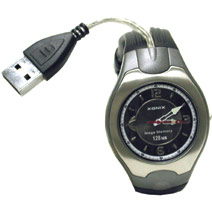 I found this watch while searching for KVMs. I've seen other products highlighted, but this is the first one I've seen for sale. It's an interesting idea, but I think that USB cable could be problematic. However, I definitely could see this being a useful tool for a system administrator who's constantly having to load stuff on different PCs on the network. It could also be extremely useful to someone needing to transfer files from work to home on a daily basis.

Well, it's another nice day today. It's in the mid-70s here in Columbus, OH—which is pretty darn rare for mid-November around here. Anyway, with the nice weather I decided to spend my lunch hour at the park w/Maddie (whom by the way just turned 1 on 11/1.) Anyway, Monica and Nicholas decided to join us since the weather was so nice. I got some cute pictures of Nicholas on the swing set.

I also got around to updating my photoalbum today with the pictures from Salt Fork, Trick-or-Treat, Maddie's Birthday and of course from the Park today.. 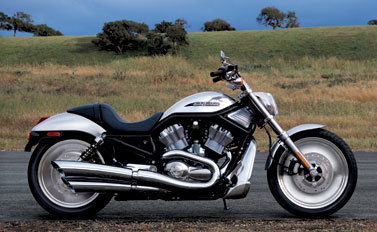 While this probably isn't groundbreaking news to any of you motorcycle enthusiasts out there, I saw one of these on the road for the first time coming home from Salt Fork last weekend. This picture doesn't do the bike justice—this bike looks really sweet in person. I was really enamored when it passed Jenn and I on the road. I had to catch up with it just to get a couple of more good looks at it.

I really like what Harley-Davidson has done with this model. I'm sure some Harley purists out there won't like it, but I think the design is fresh, slick, gorgeous and yet it keeps the Harley feel. Kudos to the designers on this model!!!