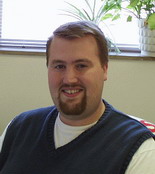 Dan has been working with web technologies since early 1996, when he took over the role of lead web developer at MidWest Micro Corp. He spent the next 2.5 years building the backbone for MidWest Micro's (and sister company Infotel Distributing's) web presence. He was responsible for moving their product database from their AS/400 onto the web. He also created their "Custom Configurator"—one of the first on-line tools which allowed a customer to selectively choose the components of their new PC—as well as one of the first web-based interactive troubleshooting wizards, known as the "Technician's Almanac."

In October of 1998, Dan joined the team at OARnet (a division of Ohio State's Supercomputer Center) and focused much of his energy on developing applications for both City and State agencies. He has designed a number of backend business applications currently in use by the State of Ohio as well as the City of Columbus Ohio. As the Lead Application Specialist at OARnet, Dan was ultimately responsible to ensure that OARnet chooses the right backend solutions to meet the client's requirements.

In the May of 2005, Dan became the CTO of Giva, Inc—a company specializing in a suite of IT Help Desk applications. Since starting at Giva, he has implemented a number of new features and implemented technologies such as web services and AJAX within the application.

Dan has also spoken at User Groups across the country. Drawing from his many years of working experience with the ColdFusion product line, he's been speaking and demonstrating ColdFusion products since September of 1998..

Dan has developed a number of popular ColdFusion tags, but may be best known for writing and developing an open source JavaScript API known as qForms (http://www.pengoworks.com/qForms/.) qForms was one of the first comprehensive form-based APIs in the world.