Worst Rendition of the Nation Anthem, Ever...

Has this guy even heard the Nation Anthem before? I'm sure the guy was nervous and all, but as a Police Officer in the United States of America, you should at least know how to sing the Nation Anthem. This guy makes Rosanne Barr sound like she should be on American Idol.

Listen to the worst rendition of the Nation Anthem, ever.

CNN's running a story about the British used "rock" to spy on Russia. Pretty interesting story and something I've never really given much thought to. It would be really easy to hide something in a rock that used bluetooth (or some other short range transmitter) to exchange data. I would have thought they'd have placed the rock next to a bench or something though.

Jim Rutherford over at Digital Media Minute blogged about a next generation JavaScript console which is a Firefox v1.5 extension called Console².

This extension adds a lot of necessary functions to the Firefox JavaScript Console window (which is renamed "Error Console") such as: sorting errors, filtering errors by type (CSS, JS, XML) and you can even search over the errors.

I really hope this news in inaccurate. Tillman really impressed me w/his on the field ability and his patriotism. I remember reading an article about him several years ago that talked about all these other highly paid players showing up to practice in their luxury vehichles, while Tillman would ride his bike to practice everyday. He also had a strong desire to serve his country—strong enough to turn down millions of dollars to defend his country. It's a very sad day if this story is true. God bless the Tillman family and all his friends.

Former NFL defensive back Pat Tillman was killed in action while serving as an Army Ranger in Afghanistan, ABCNEWS reported Friday.

Tillman was killed in direct action during a firefight in Afghanistan, Pentagon sources told ABCNEWS. No other details were yet available.

Tillman played four seasons for the NFL's Arizona Cardinals as a safety after starring at Arizona State University.

In May of 2002, Tillman announced his intentions to join the Army, turning down a $3.6 million contract offer in the process. Tillman and his brother Kevin decided to enroll in the U.S. Army Rangers after the Sept. 11, 2001 terror attacks.

In 2001, Pat Tillman turned down a $9 million, five-year offer from the St. Louis Rams to remain with the Cardinals for less money.

Also, it's important to note that the Rams would have been considered SuperBowl contenders, where the Cardinals were not highly tauted.

He had also asked the media not cover his time in the military—he did not want serving for his country to become a media story. He tried to keep a low profile. I have a lot of respect for the man. 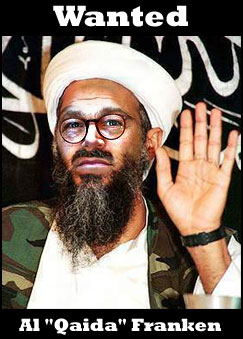 Back on August 8th, Mark Hyman wrote the following commentary:

Is gay math any different?

That may be the question New Yorkers are asking. New York City is opening the nation's first homosexual public school for gay, lesbian, bisexual and transgender students.

Mayor Michael Bloomberg hailed the school, which opens in September with an enrollment of 100. The Harvey Milk High School is named after a slain homosexual San Francisco politician.

In 1954, the Supreme Court ruled in the landmark "Brown v. Board of Education of Topeka" case that separate, but equal public education was un-Constitutional. But that was before the age of political correctness.

What happened to the American melting pot? Why is there this nonsensical drive to achieve diversity and to accentuate differences that divide rather than unite people? The irony is that if some mainstream activist suggested segregating homosexual teenagers in a separate school there would be moral outrage, calls for legal action, and news headlines attacking the suggestion. But when the politically correct thought police suggest the idea it becomes enlightened.

But it is still wrong. As one critic noted, what's next? Separate schools for chubby kids and those wearing glasses?

He brings up a lot of valid points in this article. As a public school, it's unconstitutional for them to segregate. If they were a private school not receiving State or Government funds then I believe they have the right to do whatever they want. If they wanted to allow only kids who are purple w/green poke-a-dots who were born on a Tuesday which fell on the 12th day of an odd numbered month, then that's should be their right. However, to use public money on a "separate" school is just wrong. He's also dead on about the PC police. If this idea would have come from some bigoted group against homosexuality, than everyone would have been up in arms about it. You can't have an idea be either good or bad based on who made it—ok, except for maybe when management's involved :). With all joking aside though, this is a bad idea—because it implies it's ok for public schools to separate kids that are different. Doing this opens the door for other segregation and this seems like a gargantuan step backwards. What's the difference between this and an all black or all white school? A school for only Asians?

Online free speech advocates praised the decision as a victory. The ruling effectively differentiates conventional news media, which can be sued relatively easily for libel, from certain forms of online communication such as moderated e-mail lists. One implication is that DIY publishers like bloggers cannot be sued as easily.

I think it's good that bloggers can be free to quote sources without having to worry about repercussions if the source is wrong, but this means you really have to research blogs you read to ensure that you feel that the information the blogger reports is trustworthy.

This really isn't any different than it has been w/the web, but I think many people new to the culture have a tendency to trust the information they read on the web as being accurate. I think we become somewhat accustomed to trusting things we see in print as being automatically accurate. However, you can't make that assumption with the web. You really need to research what you read and eventually you'll start to form opinions on what sources you can trust and which ones you can't.

Travelmedia is about ready to unveil a new product called World Vibrations—which they label as a "radio station-in-a-box.".

There's almost nothing on Travelmedia's website about this product—and at the moment the World Vibrations website just contains a page with the domain name on it. However, there's a good video on ZDNet's site about the product.

For about $2200 dollars, you're going to get everything you need to run a private radio station. If you can get an FCC license, they say you can buy a transmitter for it, but by default it comes with everything you need to stream the audio over the 'net. The playlist features look pretty cool—it'll allow you to do anything a regular radio station would: program playlist in advance, play things at a certain time, pre-record announcements, do live broadcasts etc.

Jessica Lynch, the most famous soldier of the war, remains in a private room at the end of a hall on an upper floor of Walter Reed Army Medical Center, her door guarded by a military police officer.

To repair the fractures, a spinal injury and other injuries suffered during her ordeal, the 20-year-old private first class undergoes a daily round of physical therapy. But she does so alone, during the lunch hours, when other patients are not admitted.

The "Stay Lucky" soldier pictured wearing a helmet riddled with bullet holes was playing a PRANK, The Sun can reveal. Comical commando Eric Walderman and his comrades fooled Gulf War II newsmen by pretending he had escaped death by inches when he was shot at while fighting Iraqis. In fact his Kevlar helmet was just lying on top of his pack when it was peppered by fellow Marines trying to hit an unexploded anti-tank weapon.
- John Kay, The Sun Online

I posted this picture awhile back on my blog. Just goes to show how you need to take everything you read with a with a grain of salt. That's not to say that everything you read is false, but reporters seem to be doing less and less fact checking in order to be the first one to "break" the big story. Granted, in this particular story the reporter could have checked with fellow soldiers and if they all played along at the time, there's no reason not to believe them. Anyway, always process the information you read and just don't blindly believe what you see.

Top secret documents obtained by The Telegraph in Baghdad show that Russia provided Saddam Hussein's regime with wide-ranging assistance in the months leading up to the war, including intelligence on private conversations between Tony Blair and other Western leaders.

The name of Osama bin Laden appears in a number of Russian reports. Several give details of his support for the rebels in Chechnya. They say bin Laden had built two training camps in Afghanistan, near the Iranian border, to train mujahideen fighters for Russia's rebel republic. The camps could each hold 300 fighters, who were all funded by bin Laden.
- Telegraph Group Limited

More On The CNN "Coverage" In Baghdad

"I was stunned by that op-ed," Fox News Channel and ABC radio host Sean Hannity told The Times yesterday. "Doesn't CNN have a journalistic obligation to report these kind of details, or to make their reporters aware of them? You can bet if CNN made discoveries about, say, a conservative administration, they would share them."
- The Washington Times

This still ticks me off. I like what Rich Noyes has to say in this article.

Iraqi troops south of Tikrit handed U.S. Marines a stunning surprise Sunday: seven American POWs released in relatively good condition after three weeks of captivity. They said they were treated roughly when captured, but given medical care, and some believed they were doomed.
- Patrick McDowel, The Associated Press

I'm glad to see that the original POWs that were captured have been found alive and in relatively good health. I really had a bad feeling about them, so it's a big relief to see they're alive and on their way home.

Over the last dozen years I made 13 trips to Baghdad to lobby the government to keep CNN's Baghdad bureau open and to arrange interviews with Iraqi leaders. Each time I visited, I became more distressed by what I saw and heard—awful things that could not be reported because doing so would have jeopardized the lives of Iraqis, particularly those on our Baghdad staff.
- Eason Jordan, via NY Times

Oh man, does this story get my blood running. I first heard about this while listening to Rush Limbaugh on my lunch hour. Interestingly enough, a friend of mine also sent me the article via e-mail. Eason Jordan is the Chief News Executive and Newsgathering President for the CNN News Group. This means he has control over the direction CNN decides to report it's news. As you can read, he's decided to let you view the news as Saddam wanted to let you see it. He decided to become part of the Saddam Propaganda Machine. And you've just got to read this interview from October of 2002 where he claims CNN isn't hiding anything: Interview w/Eason Jordan October 25, 2002.

U.S. Tank Doubtful Cause of Journalist Deaths at Palestine Hotel

This has gotten very little press, but it's worth reading. As with any news item, read it with a grain of salt. If the findings are accurate, we should here more about it.

(Andrew Gilligan) added that after examining the scene he concluded it was virtually impossible for the US tank to have fired on the 15th floor room.
- Guardian Newspapers Limited