Battle of the Album Art

This is a pretty cool video using album art from the past. It's amazing how many of these albums I own.

Humor: Have you seen this man?

I came across this picture and thought it was funny. 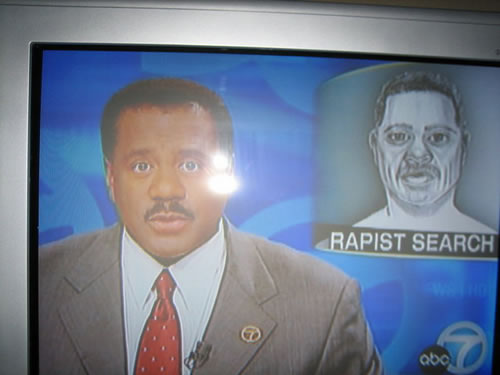 I thought this was a pretty funny prank to pull on a telemarketer. There are times when I wish I could think this fast on my feet.

NOTE:
If the above player doesn't work, try this link:
Bob and Tom - Telemarketer Nightmare

It's amazing what you can do w/some Coke & Menthos...

What happens when you combine 200 liters of Diet Coke and over 500 Mentos mints? It's amazing and completely insane. Watch the video

Worst Rendition of the Nation Anthem, Ever...

Has this guy even heard the Nation Anthem before? I'm sure the guy was nervous and all, but as a Police Officer in the United States of America, you should at least know how to sing the Nation Anthem. This guy makes Rosanne Barr sound like she should be on American Idol.

Listen to the worst rendition of the Nation Anthem, ever.

There's a new Web in town—Web v2.1! A new article over at Something Awful gives a humorous, yet insightful, look at the buzz phrase "Web 2.0".

Web 2.1 is the new standard for web sites and applications in the blogosphere collective information age. It is scaleable and easy to use, as well as being user friendly and designed with the end user in mind. In order to be Web 2.1 compliant, you must follow these guidelines:

From The 80s File: Mr. T Sings About Mothers!

What a great way to start off the day. Mr. T sings about the glory of Mothers! Funny, funny stuff—Mr. T singing that is...

Episode III: The Backstroke of the West...

Apparently there are some bootleg versions of Revenge of the Sith going around. The bootlegs are complete with a driect translations in English of what the Chinese intepritation of the script was. (So, it translated from English to Chinese back to English.)

Someone who purchased this bootleg copy, made this nice little slideshow of some of the funnier captions in the movie.

This actually reminds me of when Astavista (and on Search Engine—not sure if they're still around) first released translation services. A buddy of mine, Roy, and I would type up IMs and then run them from English to some language back to English and send our IMs that way. Some of the results were really funny.

Apple has released a new product called the iPod Flea. ;)

From the realms of the very bizarre:
We Like The Moon 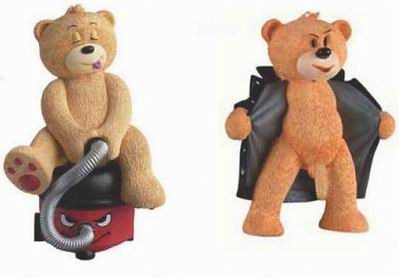 Ok, I got this picture in a spam e-mail message today. I have to admit, this picture made me laugh, but you're sure do have to wonder about some people.

On the spam note, who in the world is actually responding to these damn e-mails? Don't people realize that if they stop responding them, eventually the spammers won't be making money from it. It's really disheartening to see the amount of spam I get. Thank god for Cloudmark's SpamNet.

Run Ronnie Run! comes out today. While it's Bob and David both agree that it's not their best work, it's still Mr. Show and I'm going to support them by buying a copy. Maybe then the New Line will remember how they messed up. Unfortunately, more likely or not they'll realize nothing other than they don't have to worry about the quality of a movie if it still sells. If you haven't bought it, go buy seasons 1 & 2 and/or season 3 of Mr. Show and treat yourself to some of the funniest TV you'll ever see. Season 3 is probably the best single season of any comedy show ever!

Position Available: Interpreter, must be fluent in Klingon.

The language created for the "Star Trek" TV series and movies is one of about 55 needed by the office that treats mental health patients in metropolitan Multnomah County.

"There are some cases where we've had mental health patients where this was all they would speak," said the county's purchasing administrator, Franna Hathaway.

Must be some proud parents out there...

I bought there are some real proud parent's out there. This kid is more M&M than Eminem.